skip to main | skip to sidebar

Prelude to "Optimistic Illusions of a Fool"

So most of you probably seen my new film in the OPEN SHOW. What you didn't know is that I changed the story like 10 times during the semester and slapped shit together at the last minute. In the Original film idea I boarded a flash-back sequence of Terrance & good Thaddeus back in Vietnam. At the end of that sequence Terrance steps on a bomb and we jump cut to him actually waking up at the wheel of the bus about to hit that monstrous BIG RIG. Here it is.. the original drawings are pretty ruff but later on I added some grey tones in Photoshop. 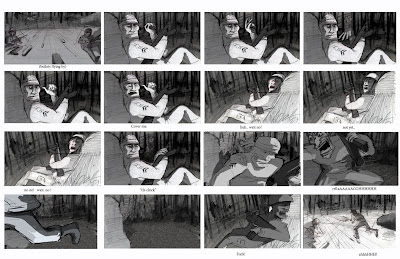 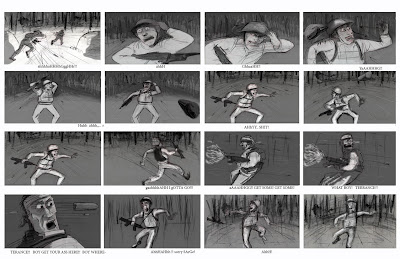 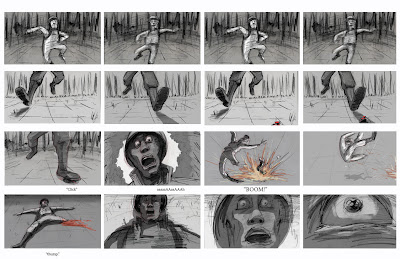 Cal Arts I am Done!

I am finanally done at Cal Arts and I can't wait to get that tuition bill in the mail! Somebody hire the kid please! Four years in Valencia and now I'm moving back to LA. I am a fresh Cal Arts Grad "Class of 09" ready to leap into abyss of the industry. I am origanally from Chicago but raised in Pasadena, Ca. So check my stuff out. This isn't really a portfolio blog but most of it is in my portfolio depending on whose looking at it.